AgileBits’ 1Password, the desktop version of which went on sale earlier this month in celebration of St. Patrick’s Day, has today been updated to version 5.3 for iOS and is now available for download in the App Store.

The password manager’s latest update brings tons of new features, including automatic filling of identities, credit cards as well as automatic creation of new logins when you’re signing up for new services, via the app’s iOS 8 extension.

As you can see below from the screenshot shared by 1Password, creating a new login can be easily managed via the ‘New Login’ option, which is especially handy if you’re registering a new account on a website. 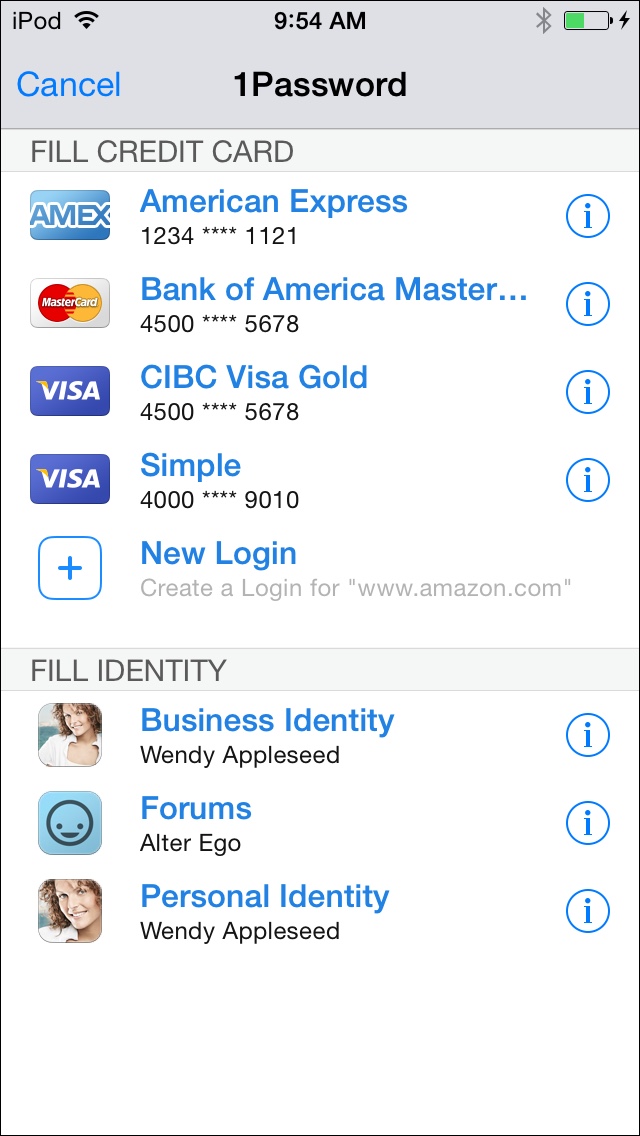 The developers explain they have give 1Password 5.3 for iOS an all new ‘Brain’, a term they use for the app’s under-the-hood tools and form-filling logic. “It’s much smarter about matching websites and subdomains and fills forms even faster”. They have also added a new “Message Center” to the app in order to bring you 1Password news and tips right in your in-app Settings.

“We added Large Type so you can view usernames and passwords in Jumbo Size, and we fixed a couple Zoom Mode bugs and a crash for iPhone 6 Plus users. Truly, there is a mountain of improvements you can check out. Our free 1Password 5.3 for iOS update is now live in the App Store, so take it for a spin and let us know what you think”.

You can read the full release notes here, and grab the app at the following App Store link: