Air Canada for iOS has been updated to support Touch ID, allowing users to login with Apple’s fingerprint reader instead of entering a username and password. 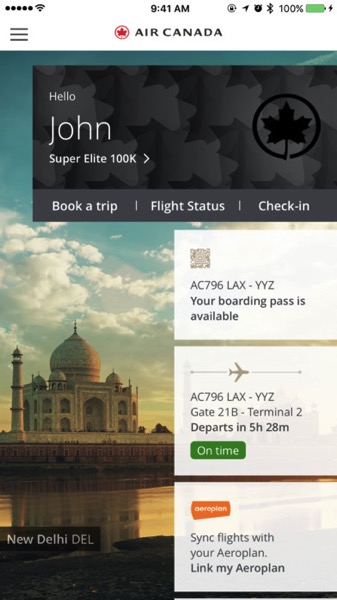 To enable Touch ID for Air Canada, within the app, go to:

Back in February, Air Canada updated their iOS app with a major redesign, implementing a new logo, adding 3D Touch support, plus customized alerts. The app does not support Apple Pay yet, for purchasing tickets.