If you’re an avid Air Miles collector, the iOS app has been updated to bring a new refreshed Wallet card, plus some other updates. A previous update removed the ability to add your card to Wallet, but now it’s back.

Upon signing into the app with your collector number, it’ll preview what’s new in the app, such as the ability to add a new redesigned card to Wallet.

Here is the old card in Apple’s Wallet app: 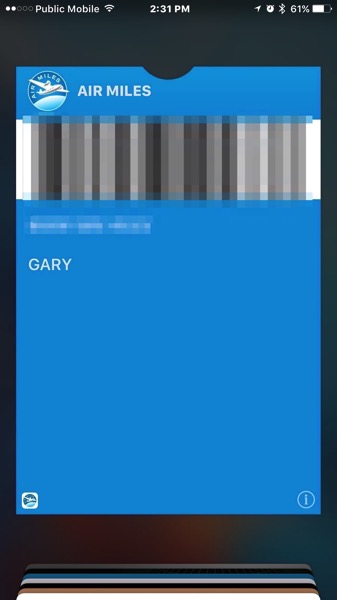 …and here’s the updated card. The UPC code is now against a white background, while font sizes appear to be larger and bolder. 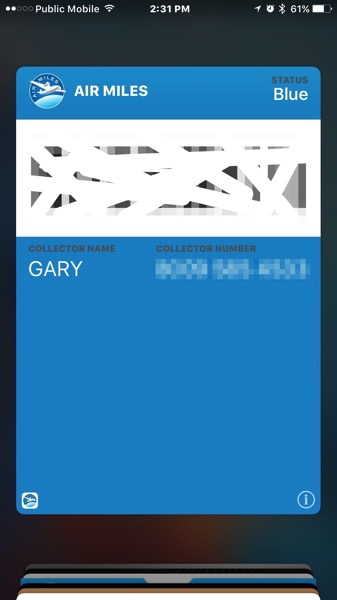 There’s also a new shortcut to get your card—just rotate your iPhone to landscape mode when the app is open. Users have been asking for this feature since 2010 in iTunes reviews.

The company says they will also let you know via push notification when you have enough Miles to use at a cash partner.

As for transaction history, it can now be viewed for up to six months, while Reward Categories now go to the Air Miles website to let you shop for rewards.