For Amazon Prime subscribers, you also get unlimited photo storage with Amazon Cloud Drive, which can also store other files. While Amazon has long had a Mac and PC app to enable customers to upload any file to the cloud, the company quietly launched an iOS app on the weekend.

Cloud Drive for iOS will allow you to view all your files and folders you have uploaded to the cloud, plus allow you to share files as links with friends, similar to what you can do with Dropbox.

Features:
– View all your files and folders
– Preview documents, spreadsheets, presentations and photos
– Play videos and music stored on your Cloud Drive
– Share your files as links and attachments though email, message and other apps 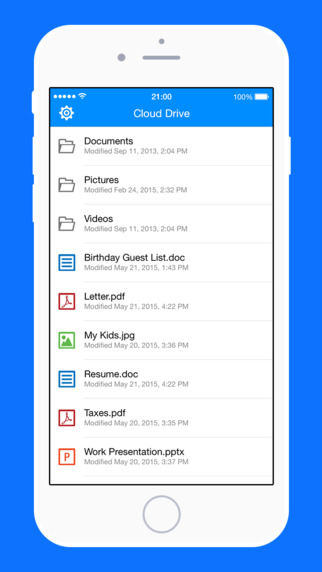 Amazon Cloud Drive launched in Canada back in the Spring of 2013. Next week will be Amazon’s 20th anniversary, which will also debut a global sales event dubbed Prime Day, exclusively for Prime members, including those in Canada.