Today Amazon has announced it has updated its Amazon Mobile iOS app for Canada. So that means you can now shop from Amazon.ca right from your iPhone or iPad in both French and English.

“We are excited to further enhance the customer shopping experience in Canada,” said Sam Hall, vice president of Mobile Shopping for Amazon. “Customers in Canada can now use the Amazon Mobile App to conveniently shop, browse and buy from anywhere, all while accessing popular features such as Prime, 1-Click ordering, customer reviews and more, right from their mobile devices.” 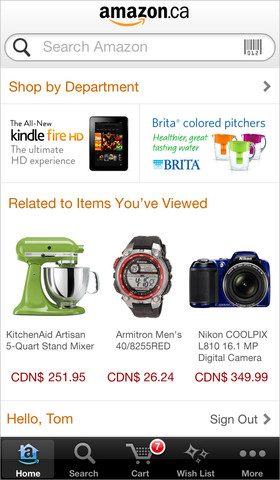 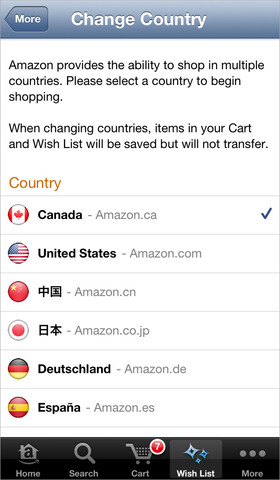 Shoppers can sign up for an Amazon.ca account right from the app and access numerous features available from the web portal such as their cart, Wish Lists, payment settings, 1-Click settings, Prime membership and more. Essentially if you’re an Amazon.ca shopper, you’re going to want this app.

Amazon has continued to focus its efforts in Canada. Last month they launched Amazon Prime memberships, started offering the popular Kindle Paperwhite along with our own Kindle ebook store.