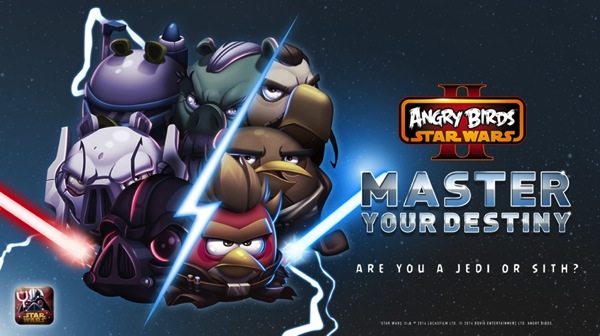 Angry Birds Star Wars II debuted last September and today it has received a new update which brings 30 new levels. But more importantly, the game has changed from $0.99 to a free download.

What’s New in Version 1.6.0
Get ready to MASTER YOUR DESTINY! Start as a Jedi Youngling or Sith Hopeful and rise the ranks in this all-new chapter! This time you choose what bird or pig to sling into battle from your saved characters or by scanning your Telepods!

15 NEW PORK SIDE LEVELS! Dark is the path to becoming a Sith Knight!

Click here to download Angry Birds Stars Wars II for iOS—it’s now free. If you’re an Angry Birds junkie this will be yet another title to add to your growing collection.