Taking it back to the arcade days and of classic 8-bit gaming, Blast Zone Mega turns players into a drone wielding, bomb dropping super villain bent on world annihilation.

The game is super easy to learn and equally easy to play, giving you a fun game play experience that continually provides a challenge.

After a plane (you, as the enemy) flies over an unsuspecting city, the aircraft drops a bomb which you control. You must maneuver your bomb from amazing heights down toward the city but must avoid nearby planes or risk losing the bomb! 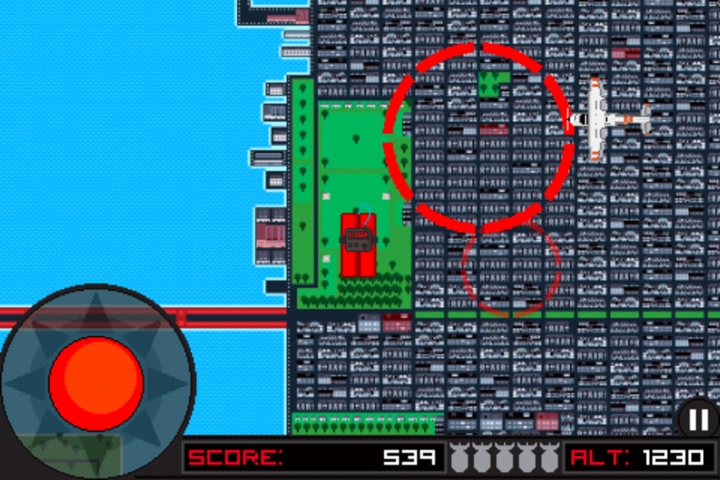 As you descend, you must also navigate through a series of rings to upgrade your bomb and boost its payload. For example, you start as a small grenade and eventually move thorough dynamite and other upgrades until you become a massive bomb.

The game features two game modes, Story and Arcade, with the former including 12 levels that must be completed to unlock the additional nine levels in Arcade mode. With a great user interface and informative in-app tutorial, I find the game to be very fun and entertaining with enough of a challenge to keep you playing over and over.

Blast Zone Mega is available in the App Store for $0.99. You can also check out a game trailer here.