Do you love to dance? Then you might like Apple’s free App of the Week, SEGA GO DANCE. Essentially you dance in front of your iOS device which records your movements via the front camera. You follow the moves like you’re back in the days of playing DDR by yourself at the arcade after school. Yay!

GO DANCE won the award of “App Store Best of 2013” by Apple Japan!
*Note: If you are an iPhone user, we recommend that you connect your iPhone to your TV monitor or use AirPlay for the best experience possible.

GO DANCE is a unique and exciting dance app.

Simply stand your device on a table, desk, etc. and enjoy getting funky! Just move to the music and strike a pose using the FaceTime® camera.

Compete with friends! Perform dances flawlessly to improve your score and increase your chances to earn cool stages and new dance apparel. 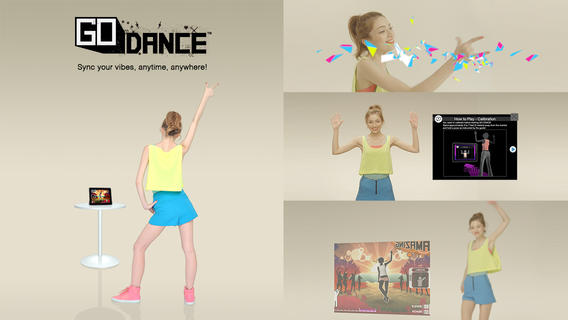 The app takes a quick second or two to ‘calibrate’, then you’re off to the races. The game also supports AirPlay so you can play it on the big screen. We tried the app and it was hard to play. Let us know what you think of it!