As of today, nearly 10 billion apps have been downloaded from the App Store worldwide. Which is almost as amazing as the apps themselves. So we want to say thanks. Download the 10 billionth app, and you could win a US $10,000 iTunes Gift Card. Just visit the App Store, and download what could be your best app yet.

As detailed in the official rules for the promotion, users can submit 25 entries per day by downloading an app from the App Store or by filling out an entry form on Apple.ca.

The App Store launched two and a half years ago and is about to hit 10 billion downloaded apps. Amazing. 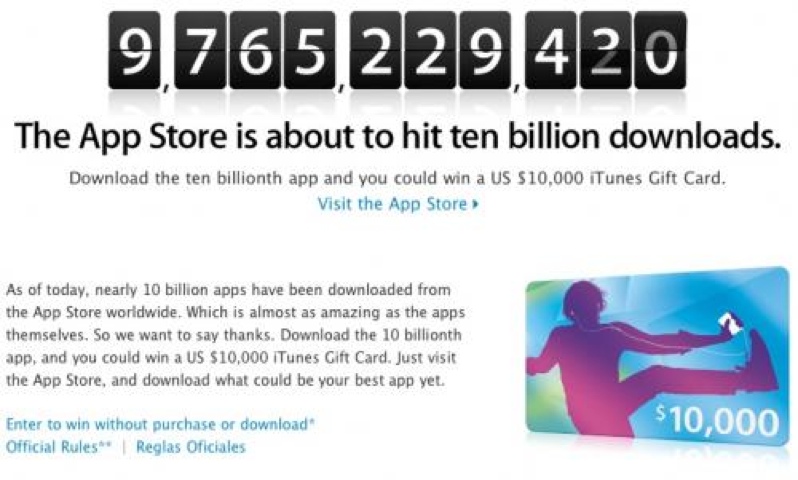