Apple has launched a new dedicated section in the Canadian App Store for apps and games in French, Apps et jeux en français, accessible via AppStore.com/AppsetJeux. 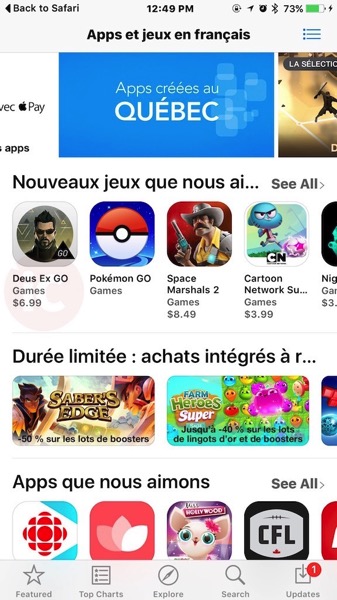 This French Canadian version of the App Store will get featured app collections, while highlighting apps made by major developers in Quebec, such as Ludia, illico, La Presse, Lara Croft GO, CBC’s Radio Canada and more.

Some notable collections featured this week include:

Click here to visit the dedicated French section in the App Store–it’s a permanent addition.