Apple has launched today a dedicated “Made in Canada” series to showcase apps and games from talented developers. The new series begins out west with Vancouver, highlighting apps produced in British Columbia’s largest city. The theme of the app series looks to coincide with Canada’s upcoming 150th birthday.

Much more than majestic mountains, ocean sunsets, and cosmopolitan charm, Vancouver is a hotbed of Canadian innovation and imagination. Gaming giant Electronic Arts puts the soccer pitch in our pockets, Plenty of Fish helps us find love, and a host of other West Coast trailblazers work to make our lives healthy, productive, and fun. 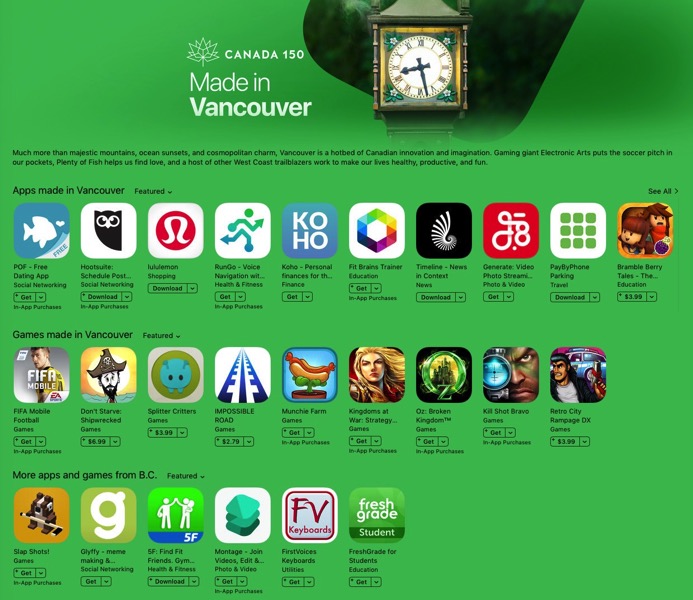 Some notable apps featured include, according to Apple:

Click here to visit the Vancouver section in the App Store.