Mother’s Day is quickly approaching and Apple wants to help in finding that perfect gift or way to show appreciations for mom, with a new curated section in the App Store.

Here we see suggested apps such as the Apple Store (obviously, to buy her an Apple Watch), Nectar Flowers, Lululemon, Joe Fresh, Indigo, YP Shopwise, 1-800-Flowers and Birks to name a few.

Other sections within include ‘Celebrate the Day’, which has apps to do things such as OpenTable, Epicurious and Cineplex Mobile. There’s also a section for ‘Craft a Gift’, ‘For Busy Parents’ and ‘Magazines for Mom’. 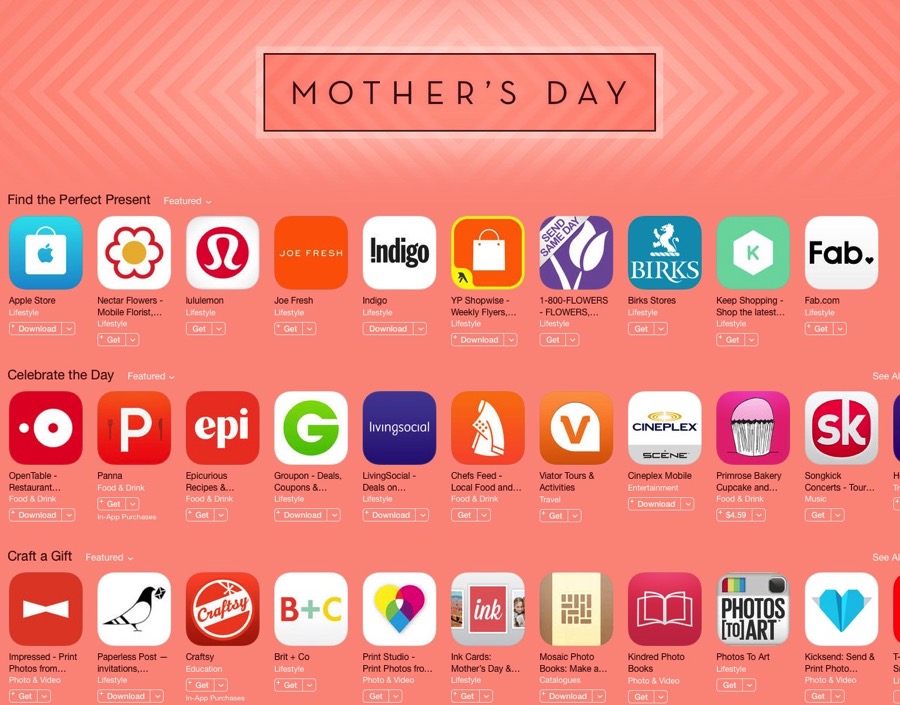 For those about to tie the knot, a new section titled ‘Get Hitched’ provides curated apps on planning for your big day. Click here to visit the section and see all the suggested apps. 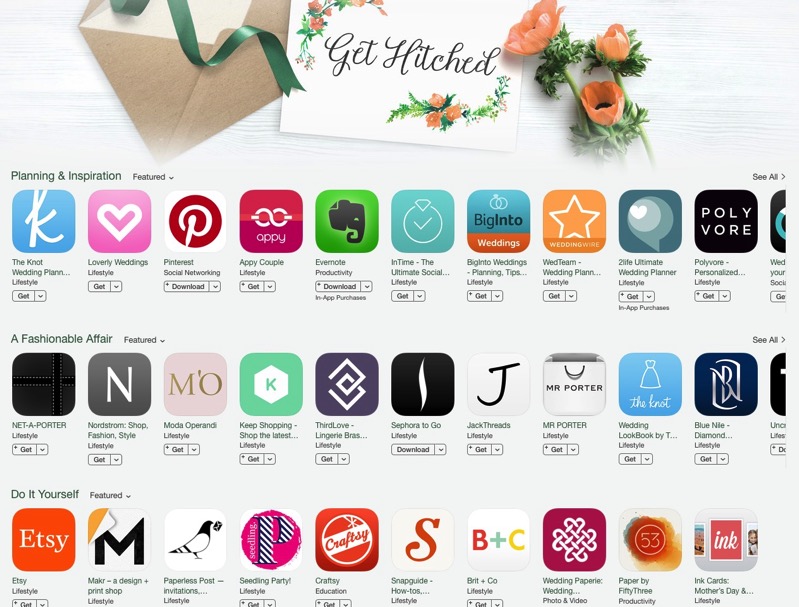 According to Industry Canada, texting dominates how we use our smartphones. In other words, call mom this weekend instead of sending her an iMessage:

We use smartphones to text more than talk! How will you wish your mom a #HappyMothersDay? pic.twitter.com/dEM5pMZJ4W