App Store Updated with ‘Purchased’ Section for Your Apps 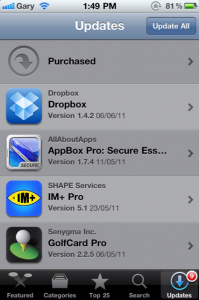 Looks like Apple has just pushed out an update to the App Store and updated their terms and conditions. If you go to the Updates tab in the App Store on your iPhone, you’ll see a new ‘Purchased’ tab. From here, you’ll be able to download apps ‘Not On This iPhone’ and see your apps.

Just tap the cloud icon and boom, your apps will download to your iPhone. We’ve been waiting for this, thanks Apple. 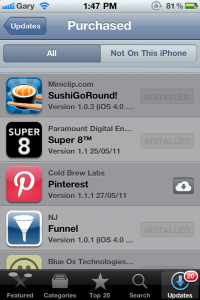 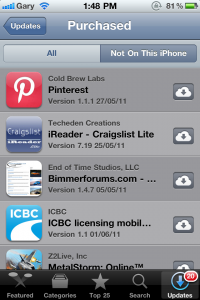