Apple’s free App of the Week is Pixel Cup Soccer 16, a universal app which supports iPhone, iPad and Apple TV (normally $2.99 USD). It is a retro-themed soccer game which was recently updated to support competitions such as the Rio 2016 Olympic Games. 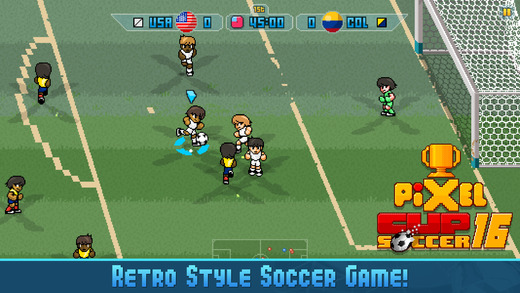 The game supports MFi controllers, has a simple interface for controls, features 18 stadiums, and various playing modes. Here’s a video walkthrough below, which should let you know whether you want this one or not: