Less than a week ago Apple launched a contest to celebrate their upcoming milestone of 50 billion App Store downloads. This year, on top of the annual $10,000 prize for the 50 billionth download, Apple is offer $500 iTunes Cards to the next 50 additional app downloaders.

It now appears the celebrations are about to begin as Apple has ramped up its promotion of the event by replacing their website’s home page with the impending milestone front and centre: 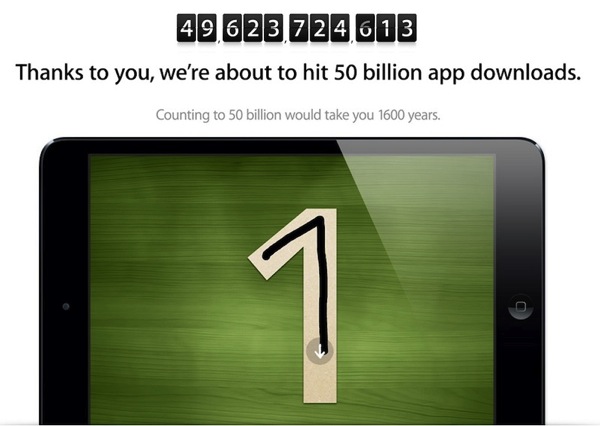 The promo excludes Quebec and Canadian winners will be required to answer a skill testing question.

Last year Apple held a similar promotion to celebrate 25 billion app downloads, which resulted in a winner from China taking the prize after downloading Where’s my Water.