Apple’s App Store team notified developers earlier this evening prices are set to increase in Canada, Norway and the EU, with changes being made to “account for adjustments in value-added tax (VAT) rates and foreign exchange rates,” as noted in the memo below (via AppleInsider): 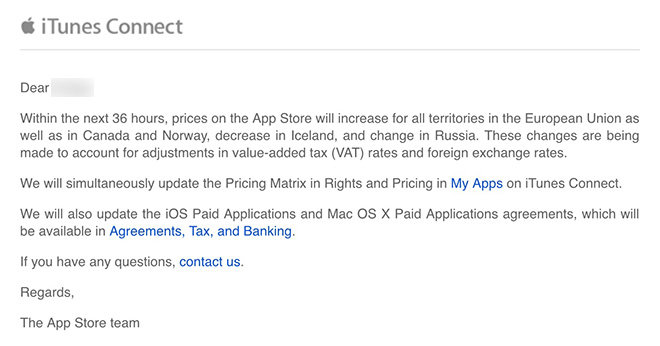 Other App Store prices are set to decrease in Iceland, while ‘change’ in Russia. Apple says the changes will take place in the next 36 hours. It’ll be interesting how much of an increase we’ll see once these changes take place. Keep an eye out and let us know once you see something.