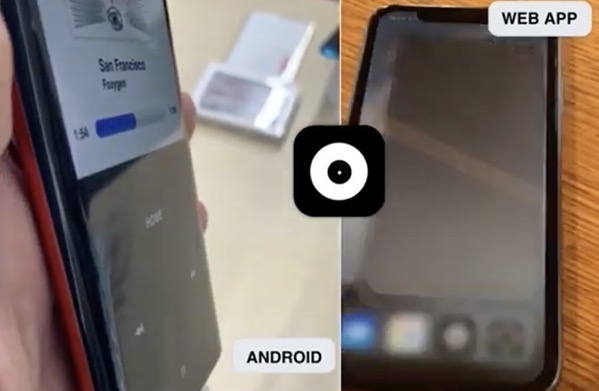 Last week, a new app called Rewound hit the App Store, which turned your iPhone into an iPod Classic, bringing back some nostalgic for many Apple users.

But last week users late to the game realized Rewound was no longer available in the App Store—why? Because Apple removed it, explains the developer in a blog post.

Rewound was specifically designed not to infringe on Apple’s trademarks and we didn’t. Rewound could look many ways. Not until users started sharing/using clickwheel skins did they ban the app.

According to Rewound, Apple approved an in-app purchase for Apple Music features, but then changed its mind. Another reason why Apple removed the app was because Rewound would be mistaken as an Apple product.

“We can’t update the app to get it re-approved without breaking the app for all 170,000+ users. So we’re going to have to upload a separate version but feel it is barely worth the time or effort to even try and humor them, they’re just going to keep saying no until users can’t possible make it like their favourite music player,” explains the developer.

So what’s next? The developer has launched a GoFundMe page to get support to build a Rewound web app (accessible by iOS users) and an Android app.

Replicating a classic iPod to be used on the iPhone is definitely going to get a response from Apple. If you managed to download this app in time, consider yourself lucky.