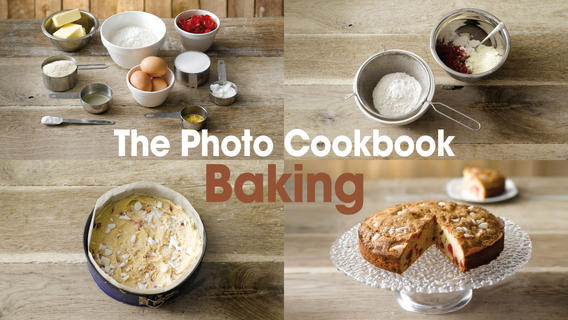 The Apple Store iOS app’s latest freebie is The Photo Cookbook – Baking for iPhone or iPad, which normally retails for $3.99. This app includes 60 recipes which are illustrated with over 500 high resolution photos to assist you in your baking this holiday season.

Features at a glance:
– 60 recipes in four chapters
– over 500 high resolution photos
– all recipes are uncomplicated to prepare
– all recipes displayed in professional step-by-step photographs
– search function for ingredients and recipes
– ingredient lists can be emailed
– mark the best recipes as favorites. Simply tap the bottom right corner of a recipe on the overview page
– you can now add your own notes to recipes
– ingredients provided with consumer information (available only in English language)
– compatible with the iPad, iPhone and iPod Touch

How to download this app for free? First you need to download the Apple Store iOS app. Then, scroll down and you’ll see it listed below under “A piece of cake. On us.”: 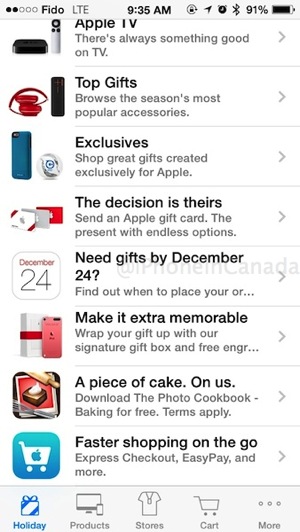 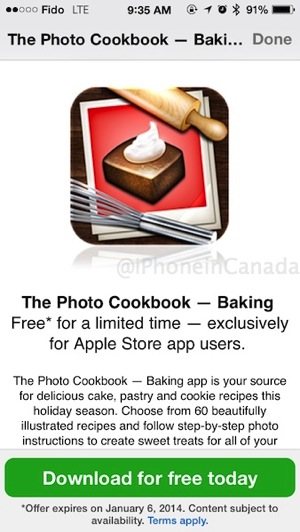 The Apple Store app started offering freebies back in August. The previous freebie from October was Temple Run Oz. This latest freebie is different than what’s available for USA users, a holiday playlist consisting of 8 song downloads.