The official Apple Store app for iOS has finally been updated to support the new iPhone 5‘s taller 4-inch display. You no longer get the letter boxing with the app as seen on un-optimised applications filling the display on the iPhone 5 with black bars on top and on the bottom. The update however still hasn’t introduced native support for iPad’s larger display. 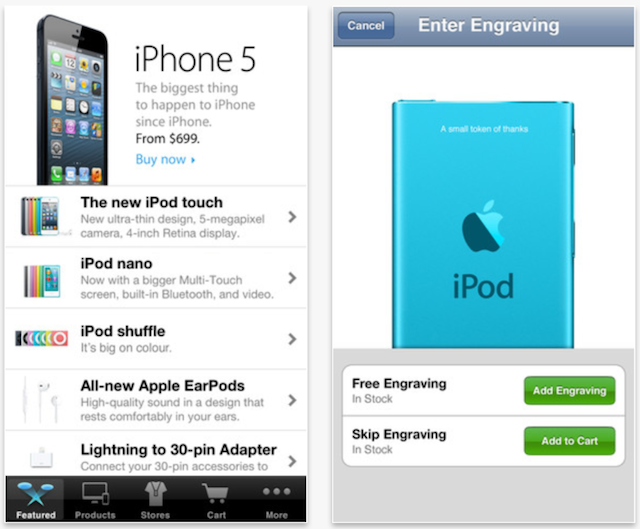 A limited number of developers have so far updated their apps for iPhone 5’s display in the past couple of weeks. However, it seems it will take a lot more time before majority of App Store apps join the club.

When you’re on the go, the Apple Store app is the best way to research, personalize, and buy products from Apple, and get help at the Apple Retail Store.