While the initial drop tests have already crowned the iPhone 5 as one of the most durable handsets every built, performance benchmarks from AnandTech and PCMag now seem to confirm that it’s actually the fastest smartphone in the world as well. 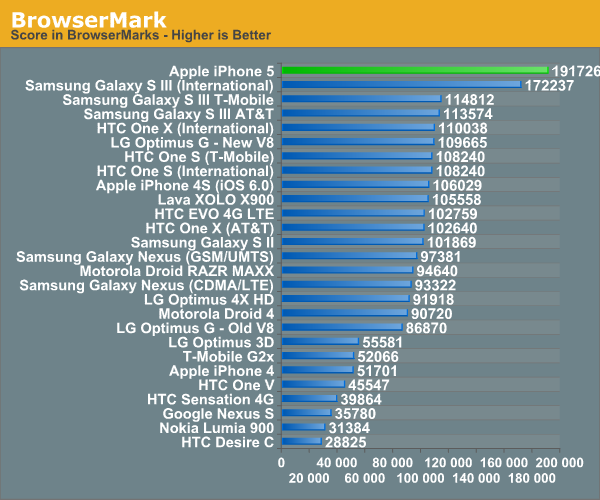 As previously reported by AnandTech that iPhone 5’s A6 is s something completely different than anything we’ve seen before in an S0C i.e an ARM-compatible system-on-a-chip designed, top to bottom, by Apple, it’s power trumps everything else in the market as well.

Here’s what they found in their iPhone 5 performance analysis starting out with the CPU:

With an app download process in the background I got Geekbench to report a 1.2GHz clock speed, and with everything quiet in the background the A6 reported 800MHz after being queried. Overall, the performance of the A6 CPU cores seems to be very good. […]

The A6 on the other hand features a three core PowerVR SGX 543MP3, running at higher clock speeds to deliver a good balance of die size while still delivering on Apple’s 2x GPU performance claim. […]

When we run everything at 1080p the iPhone 5 looks a lot like the new iPad, and is about 2x the performance of the Galaxy S 3.

Similar tests were performed by PCMag who are now claiming that the iPhone 5 looks to be the fastest smartphone they’ve ever tested.

The iPhone 5 takes things to the next level with a processor that can compete with the S4 along with the fast browser. Its Browsermark score is 80 percent higher, and it shows much quicker Sunspider times. GUIMark, like most mobile on-screen graphics tests, maxes out at 60 frames per second because that’s as fast as your screen updates. […] 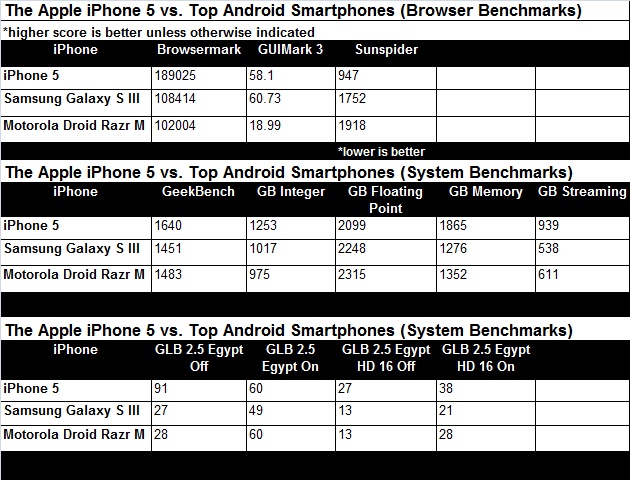 Based on these benchmarks, the iPhone 5 lives up to the promise of being twice as fast as the iPhone 4S, and also, for now, the fastest handheld computer sold in the  market.