The company explains, “With Siri Shortcuts, you can create custom voice commands to check product availability or the status of your recent order, without having to open the app.” 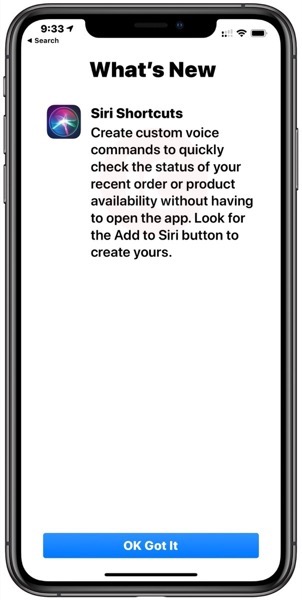 The app splash page explains, “Look for the Add to Siri button to create yours,” on certain product listings.

The Canadian update also says “new iOS 12 features and capabilities make the app even easier to use,” without going into specifics.

Siri Shortcuts work great, except nobody knows how the heck to create one or how they work.