Apple has released their official Apple Watch User Guide in the iBooks Store, which is essential reading if you want to learn all about your new smartwatch (a version on the web is also available):

Here’s everything you need to know about Apple Watch and the Apple Watch app on iPhone. Use this guide to learn about all the amazing things Apple Watch can do, and how to do them. It’s the definitive guide for getting the most from your new Apple Watch, straight from Apple. 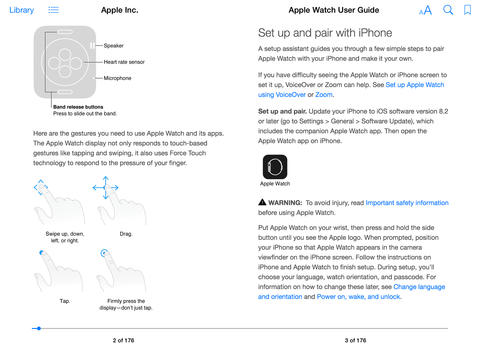 Click here to download the Apple Watch User Guide, which contains 85 pages. This will help pass the time as you wait for your UPS driver to deliver your precious Apple Watch.