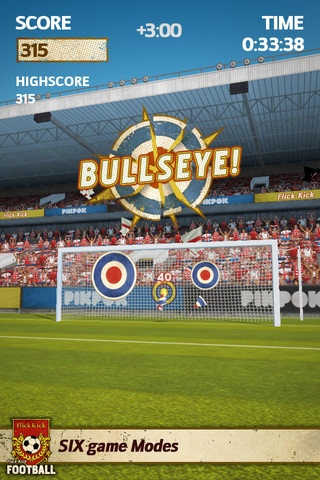 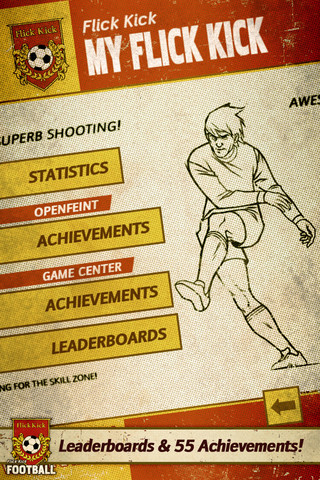 Just a quick note to let you know that this week’s App Store App of the Week is Flick Kick Football. So, when you hear “football”, you might be thinking CFL or NFL, but this is actually what we North Americans would call soccer. Basically, you use your finger to flick the ball into the net. It has six game modes including an online multiplayer mode. It has lots of Game Center achievements, as well as Openfeint, if you prefer that.

Set in the Golden Age of Football greatness, see if you have what it takes to score the winning goal with the flick of your finger!
Curve, lob, drive and shoot the ball from all over the pitch!
Kick It Old School!

Being the App of the Week, Flick Kick Football is now free to download for iPhone, iPod Touch, and iPad. Click HERE to get it now!