Astral has announced its iOS apps The Movie Network GO, HBO GO and TMN Encore GO are now available for Rogers customers, after noting in early March the latter would be later included.

“Launching TMN GO with Rogers is a significant milestone for our business as it will enable us to bring our innovative streaming service to a greater number of TMN subscribers. In fact, with the addition of Rogers, TMN GO is now available to three quarters of all TMN subscribers,” said Domenic Vivolo, Senior Vice President, Sales & Marketing, Astral Television Networks. “We are excited to further demonstrate the value and entertainment proposition offered by TMN with the launch of this new, premium platform.”

Existing Rogers customers with an Anyplace TV account can download the free app or watch from tmngo.ca through any web browser, giving access to over 1,000 hours of premium content. TMN GO for iOS features pick-up-and-play, so you can start watching from one device and continue from another, as well as streaming over both 3G and Wi-Fi networks. This launch to include Rogers customers comes just in time as the latest season of Game of Thrones kicks off this weekend. 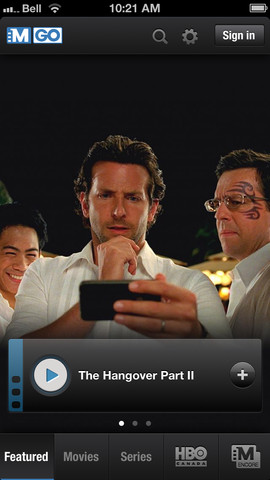 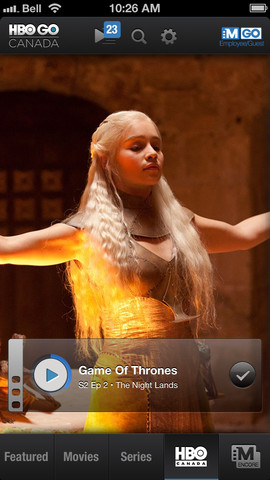 Click here to download The Movie Network GO for iOS–it’s free. If you’re a Rogers customer, let us know how this works out for you.