Calgary developer Terry Demco has launched Battery Share for iOS, an app which allows friends and family to track battery life on each other’s device. There are times when you’re waiting for friends to respond, but their battery dies and they don’t get a chance to tell you—this is where Battery Share comes into play. It allows for that last bit of contact before power runs out, which can be handy if you’re travelling with friends. 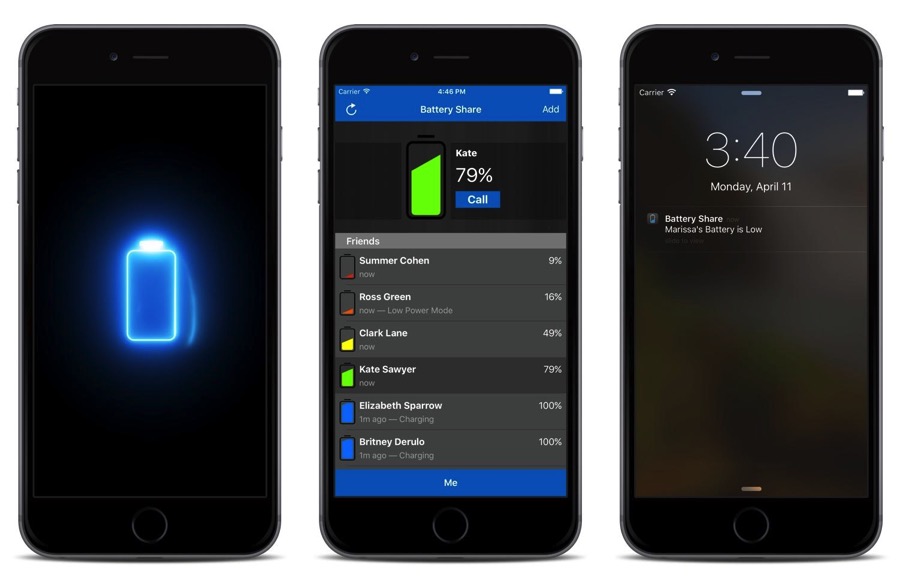 Each friend downloads and installs the app, which then shares the battery status of each connected iOS device, plus will also show if a device is charging or in Low Power Mode, in a simple interface list. Demco explained to us in an email his inspiration for creating the app:

I have a few friends who I suspected never charged their phones, and were near impossible to get a hold of. My suspicions were confirmed when I got them to beta test this app. I realized that everyone has completely different charging habits. I have one friend who is perpetually at a charge of less than 25% and goes from place to place getting 5 minutes of charging here and there. I have a friend who hasn’t updated their phone for a few years and their battery charge only lasts a fraction of the time some of the newer phones last. Then of course there are other people manage to keep their charge up most of the day, it just depends on the person. One day I really needed to get ahold of someone, and couldn’t. I figured I must not be the only one. So from that, came this app.

Battery Share has built-in VoIP calling, plus has privacy controls where you can easily block your battery life with a quick toggle. Forget Find My Friends, the future is Find My Friend’s Battery Life.

If you want to try out Battery Share, below are 10 promo codes for you to give it a shot:

You can redeem a promo code in the App Store on your iOS device by going to the Featured tab, then scrolling all the way down to the bottom to Redeem, where’ll you’ll paste in one of these promo codes.