BBM has released an update to their iOS app to bring support for Apple Watch. You can now send messages to your BBM contacts right from your wrist, plus reply as well. You have the option of one-tap replies, emojis, or dictation for your responses:

What’s New in Version 291.0.0.84
iOS 9 support with quick reply
Users can now send videos in chats
Apple Watch support
Official BBM Sticker Club subscription in the BBM Shop
PayPal integration for sending money to BBM contacts as an attachment
Enhancements to BBM Voice connectivity
View, like and comment on group pictures and other events from within BBM feeds.
Bug fixes and performance improvements 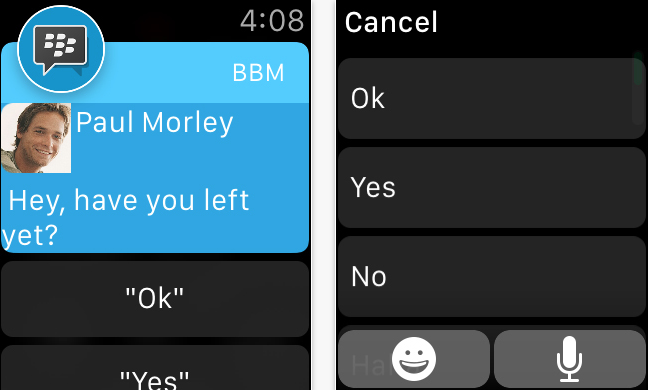 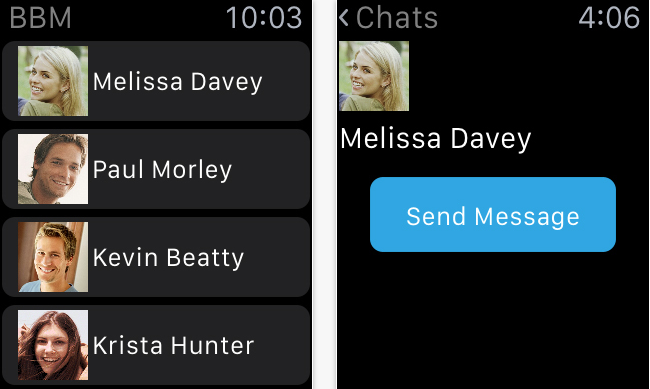 There is one major bug with this update though, as users are slamming the app with 1-star reviews right now. The problem? It apparently wipes out your contacts and chat history, as the update requires users to login again. Oh, BlackBerry.