Beck Taxi for iPhone Gets UI Redesign with “Improved” Experiences

Beck Taxi has updated their iPhone app to introduce what the company says is a user interface design and new app navigation. Also new are New Ride Mods and Order Package, plus “improved” experience during your trip, ordering and Auto-pay. 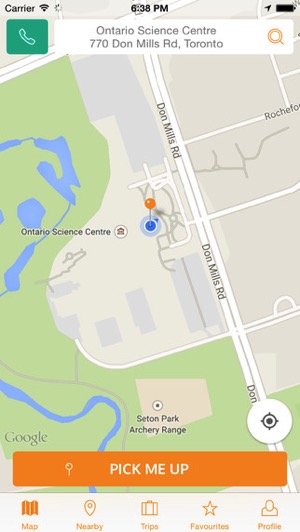 Last May, Beck Taxi updated their iPhone app to add in-app payments, a move to compete with the likes of Uber, offering credit card and PayPal as payment options. The company operates in Toronto with a fleet of taxis numbered at 1,750 as of last spring.

The company was critical of Uber operating in Toronto, and when Mayor John Tory suggested an open dialogue, the cab company said “the idea of having that conversation with a company that is operating illegally is not acceptable for us.”

The City of Toronto legalized UberX earlier this month, part of sweeping changes that also made operating a cab easier in the city.