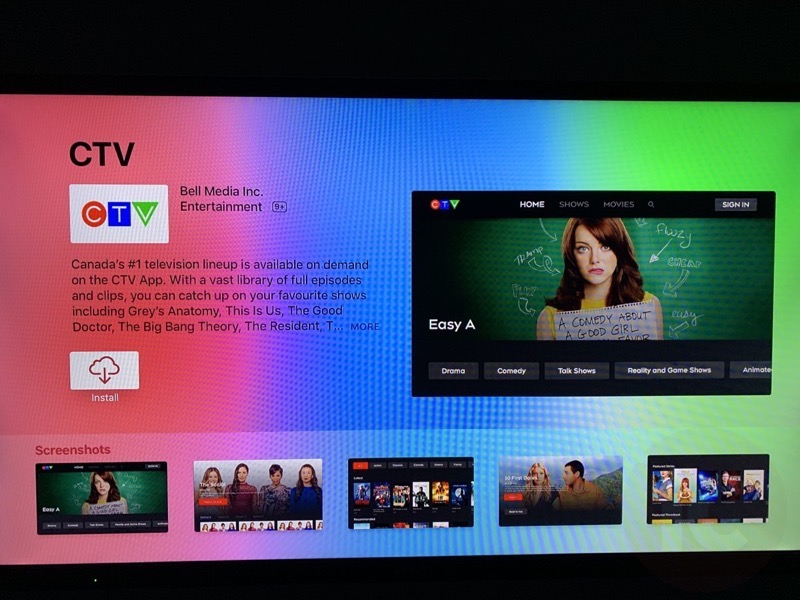 Bell Media has launched a version of its CTV app for tvOS, available for those with an Apple TV 4/4K.

The app allows users to watch CTV programming on demand, including movies, which include commercials. Those with CTV subscriptions can sign into the app through their TV provider by visiting ctv.ca/appletv and entering the activation code shown on your Apple TV.

The app has content organized by “Shows”, “Movies” and “Throwback”, offering old school programming available on demand as well. Current shows are also available such as The Amazing Race Canada, while show categories include Drama, Comedy, Talk Shows, Reality and Game Shows and Animated, for example. 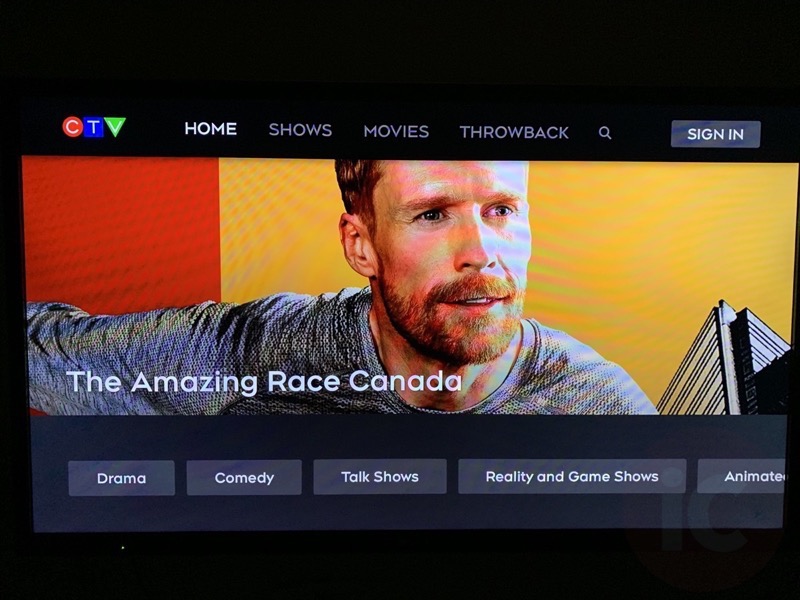 Movies are organized by alphabetical listings, or by Action, Classics, Comedy, Drama and Family for example.

If you’re a fan of CTV and the shows available, this is one easy way for cord cutters to watch content, if you’re okay with ads. However, some shows don’t appear to have ads inserted yet, as the latest episode of The Amazing Race Canada had blank ad breaks. The app also supports the TV app.