A new web app called BikeSpace aims to help cyclists in Toronto find parking in the city. The free app is funded partly by the City of Toronto and was created by alumni from the University of Toronto and other volunteers. 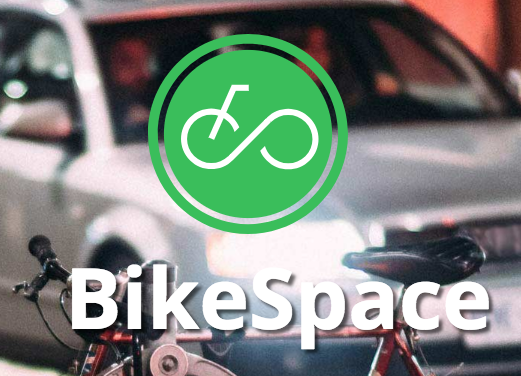 BikeSpace product manager and U of T alumni, Jake Miller, says “The app is meant to be a very streamlined, quick experience where, in that moment of frustration with bike parking which everyone experiences, you can pull out your phone and in approximately 30 seconds you can state the problem, the location, and provide a contextual photo or comment.”

Miller is leading a team of volunteers plus two other alumni, Pearl Sequeira and Kate Skipton, in developing BikeSpace.

The idea for BikeSpace began during one of the “hack nights” at Civic Tech, when the City of Toronto asked for a solution to issues related to urban bike parking.

“I’m not aware of any project in Canada in which a Civic Tech group of volunteers has been given the finances to actually build something with any level of government,” explains Miller. “They’re doing something really innovative at city hall with this.”

Why a web-based app? It allows anyone to use it, even those without a smartphone, or limited access to the internet aside from free terminals at the library.

All data crowdsourced by the app is mapped out and put online, and will be used by city planners and developers to decide where to install more bicycle parking.