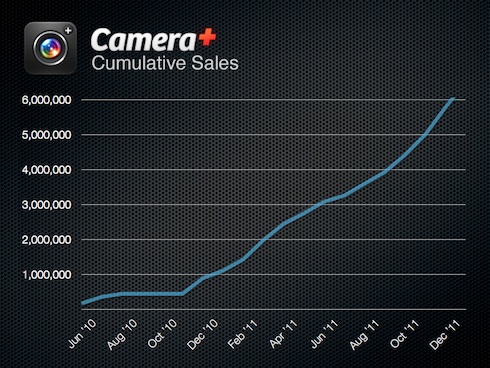 Tap tap tap has just released some stunning numbers for their popular photography app (and one of my favourites) Camera+. The app has reached its 6 millionth sale milestone, with over 950,000 downloads in the past month alone. Last June, they hit 3 million total downloads. 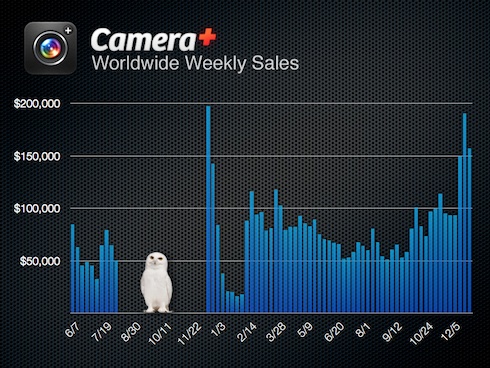 Camera+ was the top selling non-game app in the App Store for 2011, and their success has been accomplished without ever hitting the #1 spot in the US Top Paid or Grossing categories. Oh, and they were also banned from the App Store for violating guidelines for a good six months. Impressive.