Available across all major smartphone platforms including iOS, Blackberry and Android, Canada Post’s mobile app has now been downloaded over 1 million times since its launch a couple of years ago (via Canada Newswire). The mobile app, that hit the milestone over the weekend, enables Canadians to access postal services on the go including parcel tracking, shipping rate look-ups, and epost among others.

“We know Canadians have changed how they communicate and how they use postal services. Our job is to make it convenient for them and evolve to meet their changing needs,” says Kerry Munro, Group President, Digital Delivery Network at Canada Post.

More users are also managing their bills and statements through the app: since epost was added to it in December 2012, approximately 26,000 customers have been regularly accessing it every month.

The press release notes that the app has been downloaded nearly twice as much in the first six months of 2013, with parcel tracking remaining the app’s number one feature. So far, over 12 million Canada Post packages have been tracked using mobile devices. 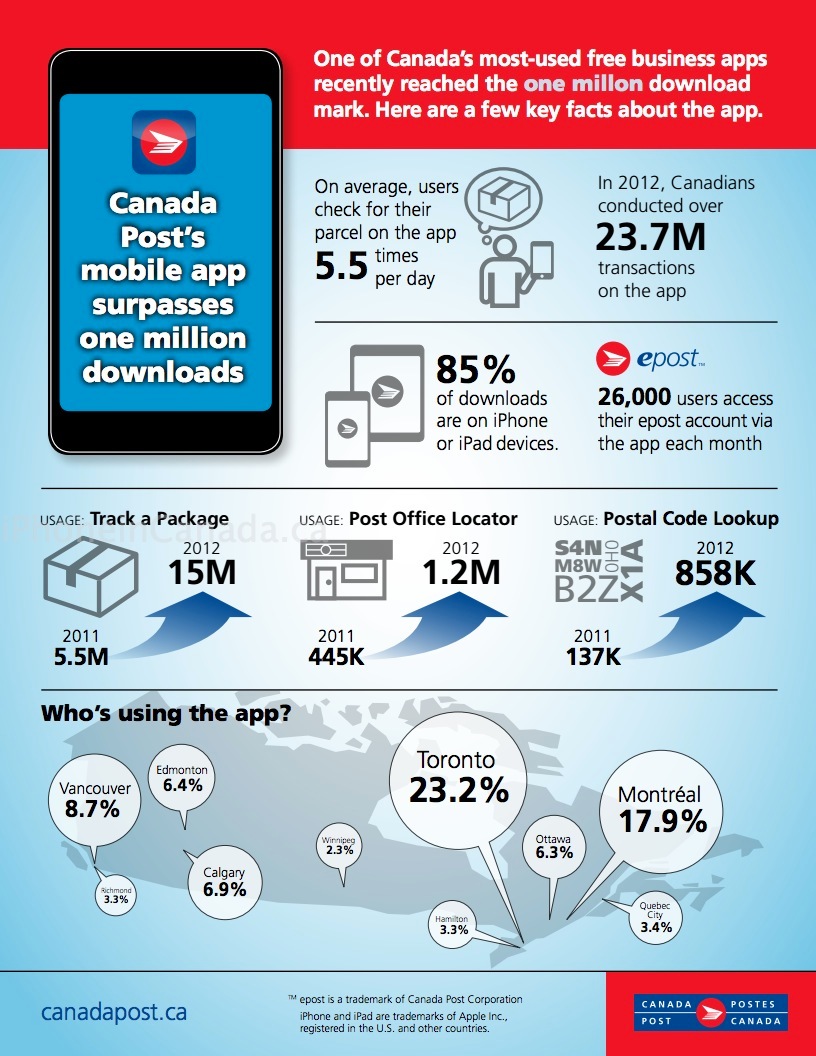