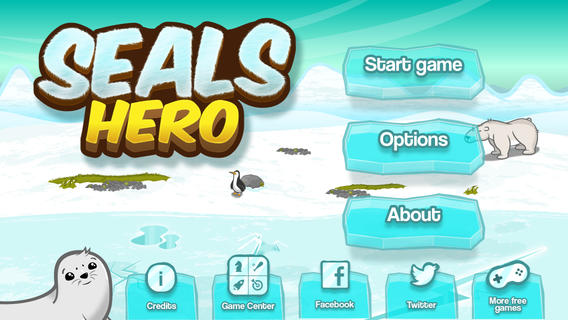 Seals Hero for iOS was released two days ago and is described as a game where users save seals from seal hunters, playing as Cid the ‘smart and energetic animal rights activist’.

The game’s developers say the game was created as a way to educate players about the ‘serious issue’ of seal hunting, where “each year, hunters bludgeon to death hundreds of thousands of baby harp seals”.

In response, the Canadian Sealers Association executive director Frank Pinhorn tells CBC News the games based on lies and deceit:

“We all know the harvesting of white coats occurred pre-1985 — this is 2014. We’re talking 29 years ago that the white coats were banned from being harvested,”

“Well, it’s sad that it appears to be targeting younger generations, and it’s full of lies and deceit. And they’re using the younger generation to generate funds for their own selfish reasons. Which is what they always do.”

Maiko Enterprises, developers of the app notes on its website to ask people to support PETA. The game’s description is as follows:

Your mission is to save seals from the seal hunters. You will control Cid a smart and energetic animal rights activist. He hates violence that’s why he fights with his speed, intelligence and paint. You’ll face the hassle of wild polar bears, wolfs and other obstacles to challenge you on your quest, but those certainly aren’t the worst troubles. The real difficulties involve a limited time to save as many seals as you can. Find tools like a husky sledge and climbing tools to help you on your mission to save as many seals as possible.

“Seal Hero” was created by Maiko Enterprises as a fun way to educate players about a serious issue. Each year, hunters bludgeon to death hundreds of thousands of baby harp seals.

Other organizations such as Harpseals,org and PETA are striving to end this killing. Please visit and support Harpseals.org and PETA.

Together we can make a difference. 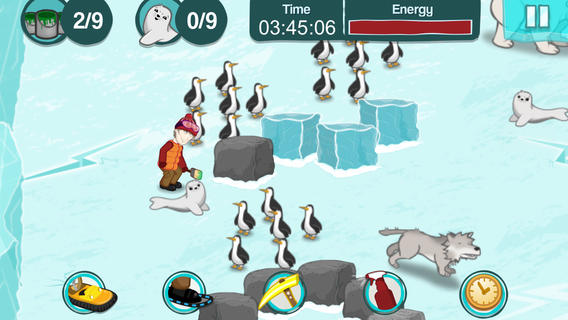 Some iTunes reviews have pegged the app as “propaganda from PETA” while others are calling it ‘garbage’:

You can download Seals Hero for iOS here to see what it’s all about. What do you think—is this game propaganda or not?