CBC News and CBC Radio for iOS have been redesigned for iOS 8, as versions 3.0.0 bring more features for users.

CBC News can now be customized and users can curate sections based on their interests. The app uses your location to generate content based on where you are, but users can also change regions for news too.

Also new is support for Handoff, part of the Continuity feature in iOS 8. If you’re reading CBC News on your iPhone and jump to your iPad, the app will pick up where you left off automatically.

** Handoff stories or sections from one iOS device to another (sections must be visible on both devices). Not supported for audio/video clips or photo galleries. 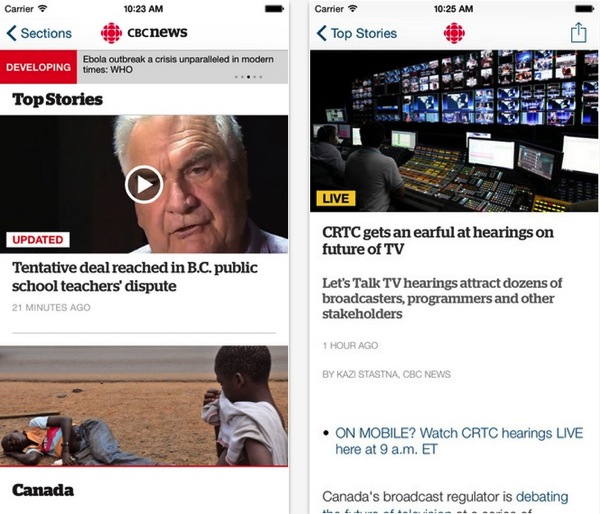 CBC Radio for iOS gets a similar update with a redesigned interface, with curated audio stories featured daily from over 80 shows. Users can save their favourite stories, plus also browse categories. Your location is also used to easily bring you local live listening. The app also supports the Handoff feature in iOS 8, so you can continue where you left off when moving between devices.

What’s New in Version 3.0.0
* Optimized for iOS 8
* Completely redesigned from the ground up
* Handoff allows you to switch to a different iOS8 device and pick up your listening where you left off
* Audio features, curated daily
* Browse content by subject category
* Share audio clips by email or social media
* Expanded content offer – more audio from CBC Radio shows all across Canada
* New CBC Music stream – Sonica 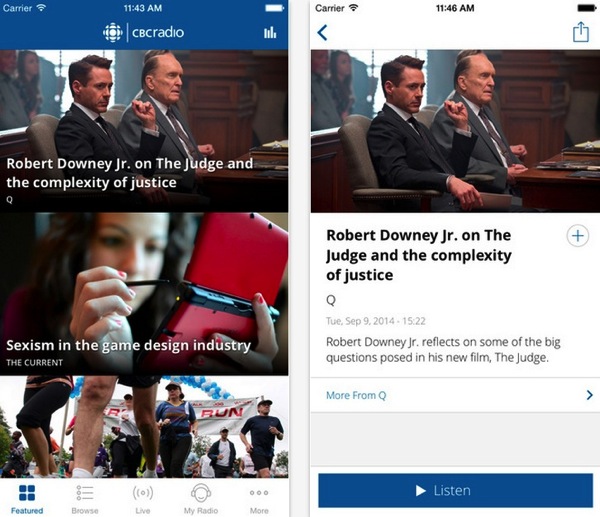 The CBC announced in a statement the CBC News iOS app has exceeded 1 million downloads since its launch, while the CBC Radio app has been downloaded over 1 million times across all mobile devices.

Your tax dollars hard at work, folks! These are pretty decent updates, released in time for iOS 8.