The CBC today has announced the launch of its Wild Canada iOS app for iPhone and iPad, a companion ‘digital coffee table book’ app to the new CBC TV nature series set to debut with the same title. 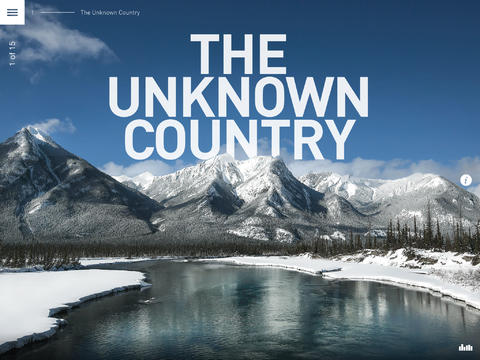 The Wild Canada iOS app is written by acclaimed author J.B. Mackinnon and produced by the CBC and Secret Location. Its interactive features include HD video and photography along with 360 degree panoramas, infographics and more. The app has debuted as a free download only from February 27 to March 14.

Four episodes of Wild Canada will air starting March 13, a new series shot using roughly 20 cameras including 4K resolution models at 10,000 frames per second to capture stunning scenery of this great country, produced by the same filmmakers of Frozen Planet and Planet Earth. It will be presented by the CBC’s The Nature of Things.

The show is being dubbed “the largest natural history survey of Canada in our generation” since it will show animal behaviour never before captured. The episode air times are below (time to set your PVR folks):

Click here to download Wild Canada for iOS while it’s free until March 14 only (beware: 907MB file size). You can check out a trailer of the series here (it looks pretty epic).