Chrome for iOS has been updated with faster search results and new pronounce support for voice search queries. Google has also announced a new Bandwidth Management settings feature to view data savings, set to be rolled out to users over time.

What’s New in Version 29.0.1547.11
Get back to your Search Results faster
– Do a search and click a result. Not what you wanted? Now when you hit back, your search results will instantly appear, ready for you to choose the next one.

Improvements to Single Sign On with other Google Apps

Data cost savings enhancements
– View data savings in Bandwidth Management settings. This feature is being rolled out and will be available to all users over time.

Voice search pronoun support
-Try queries like: “Who is the president of the United States?” followed by “Who is his wife?”
Stability / security improvements and bug fixes

We tried the new pronoun support in voice search and it works really well. First we asked “who is Steve Jobs?”, which showed results. Then we followed up with “who is his wife?” and voice searched verbally answered it was Laurene Powell. Siri could take a few tips from Google on how to make voice search as fast as this. 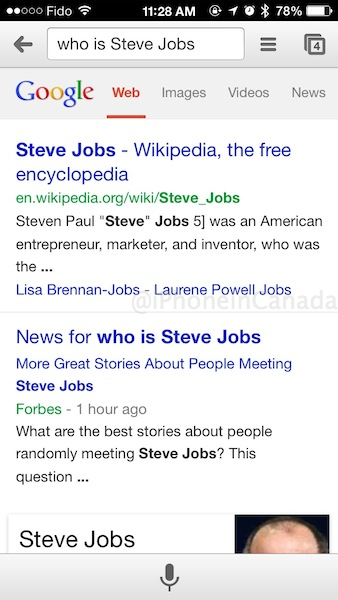 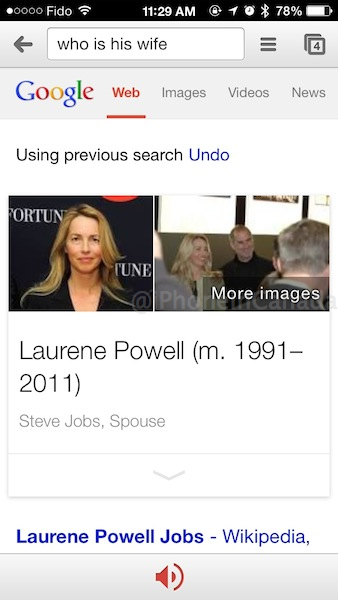