Chrono Trigger for iOS Gets Major Update, Goes on Sale for 50% Off 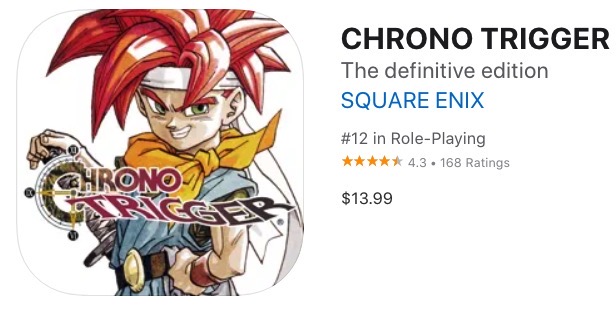 Square Enix has released the first update for Chrono Trigger for iOS in over two years, bringing new features and a 50% off sale.

The classic role-playing game Chrono Trigger first launched on the Super Nintendo back in 1995 and made its way to iOS back in 2011, offering a chance at nostalgia for fans of the game.

Check out the original launch trailer for Chrono Trigger on iOS below:

On top of this major update, Chrono Trigger is on sale for 50% off at $13.99 CAD—you can download it here from the App Store.