CIBC has updated their mobile banking app for the iPhone and iPad. This update brings running balances for deposit accounts and now also supports multitasking for the iPhone and iPod touch users. The app also will notify users better in advance of planned outages to the app. Full change log below:

What’s New in Version 4.5
Thank you for your continual feedback and support. We’re dedicated to keeping the app up-to-date with what matters most to you. The app: 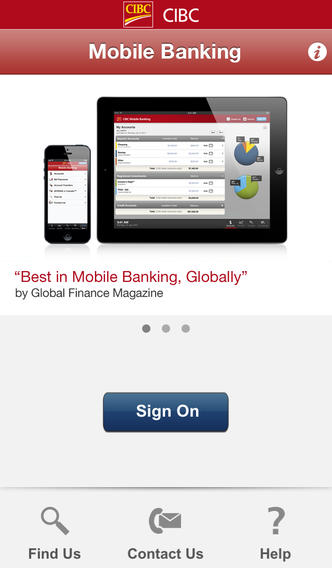