CIBC Mobile Banking app users, a new version is coming soon which will bring support for Touch ID for logins, a highly requested feature by customers. The financial institution has teased new features of their app on the company’s website and within the existing app itself. 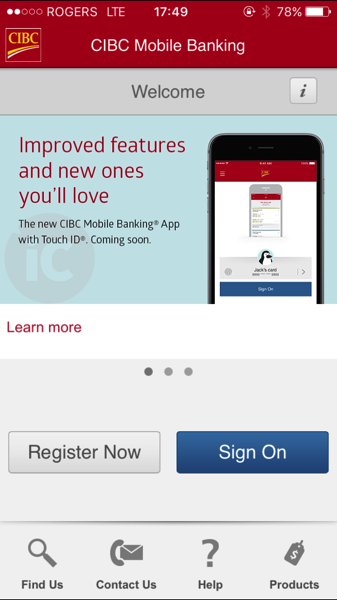 The new version, which is set to be released soon, will feature the following new enhancements:

Users will be a be able to access all of their CIBC deposit account details, including mutual funds, mortgages and loans, while also manage their INTERAC e-Transfers within the app. No specific timeline for this update was mentioned, so stay tuned.

The addition of Touch ID and iPhone 6 screen support will be a welcome addition for CIBC customers, which hope the bank will also support Apple Pay in the future.