Supercell has brought about the biggest update ever for Clash of Clans today, as it introduces Town Hall 11, the new Grand Warden hero, plus a new defence known as the Eagle Artillery. 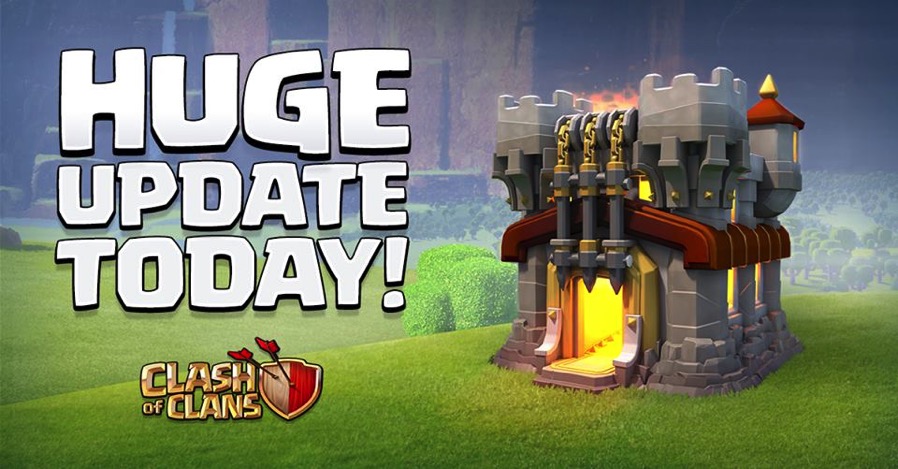 Beyond changes at Town Hall 11, Supercell has also tweaked troop levels, defense levels and now you can donate a dark spell to clan members. The revamped Shield system means you can attack at anytime now, plus your Town Hall also acts as a storage, so say good-bye to trophy sniping.

Below are the release notes from Supercell on everything new in this massive update:

One of the Biggest Clash Updates – Ever!
• Town Hall 11 is bursting onto the scene! BOOM!
• Grand Warden & Eagle Artillery: The most powerful and strategic additions ever!
• New troop levels, defense levels, and Clan Spell donation
• Attack through Shield at any time, but be sure to protect your Town Hall!
• Guard your play sessions when Shield is down and never get attacked off-guard again
• Goblins chasing Town Halls, bigger League Bonuses and Trophy offers, and so much more!

Grand Warden: Your Army’s Newest Hero
• Harness powerful new battlefield tactics by boosting and protecting your troops
• The Grand Warden toughens all nearby troops and can make them temporarily invincible!
• He jumps, he flies – fit the Grand Warden into any strategy and make your army shine

Eagle Artillery: The Sleeping Sentinel
• This massive, long-range weapon obliterates poorly prepared attacking armies
• Volleys of explosive shells clobber tough troops and wear down others near the blasts
• Eagle Artillery only activates after many troops have been deployed, leaving the door open for tactical strikes and cunning multi-phase attacks!

Shields – Flexible and Fair Defense
• Town Hall destruction no longer grants a Shield – bring your Town Hall inside!
• You can attack while shielded at any time for just a small Shield reduction
• Get Shield at 30% destruction, more at 60%, but only when a sizable army attacks

Guard – Play Safe From Attackers
• Guard protects you from attacks and lets you attack others all you want
• Get free Guard when Shields expire and play freely without worry of being attacked
• Higher Leagues grant more free Guard – Titan I & Legend players get 100% coverage!
• 2 hours of extra Guard is available in the Shop every day

Richer Raiding: Loot and Trophies
• Town Halls now hold lots of available loot – destroy them in battle for a big payout!
• League Bonuses are bigger than ever, but scale with your destruction percentage
• Trophy offers get bigger and Trophy losses lower the higher your League!

Other Balancing and Improvements
• Two new achievements have been added: Anti-Artillery and Sharing is Caring
• Troop/Spell donation interface has been revamped and now shows existing donations
• Troops in Barracks can now be queued in sequence, similarly to the Spell Factory
• The Clan War button now animates when a war attack starts
• Active Shield or Guard can now be manually dismissed by tapping on the icon
• You can now be offline a bit longer before being made vulnerable to attack
• A special sound plays when finding a multiplayer target after 10 seconds of searching
• A special sound plays when no multiplayer targets are found and a search is cancelled
• Personal Break online-time limit has been reduced to 3 hours
• Personal Break limit is now extended instead of reset in some cases
• Multiplayer matchmaking is less likely to offer opponents under your Town Hall level (only below Champion League)

Since we started playing this (damn) game last year, we’re now at a mid-to-high level Town Hall 9, and we’ve outlasted some of our friends that told us to play this game. Let us know what you think of this update—I think it will make the game refreshing again, despite the changes.