The iconic CN Tower in Toronto recently completed a $16 million renovation for the main observation level, with the unveiling happening yesterday on its 42nd birthday.

Yesterday’s announcement also included the debut of a new app called CN Tower Viewfinder for iOS and Android, which features 360-degree day and night panoramic images of Toronto and nearby areas, identifying over 90 landmarks in the city.

The CN Tower Viewfinder app will enhance a visit to the observation level, guiding visitors to major points of interest, while supporting five languages: English, French, Spanish, Korean and Mandarin. 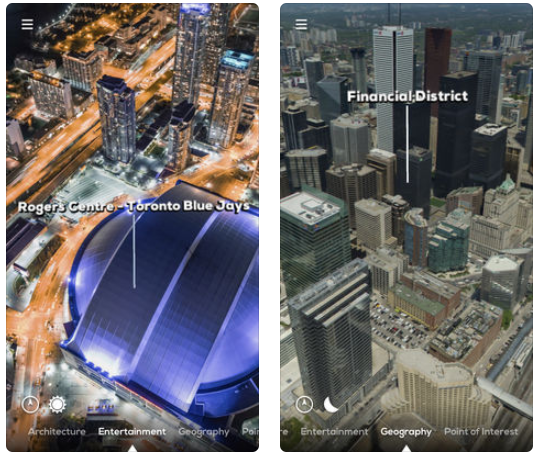 “We are thrilled to introduce an all new observation experience, including the new CN Tower Viewfinder App, as part of our 42nd anniversary” said Neil Jones, Chief Operating Officer, CN Tower, in a statement.

The renovations have added an all-new Glass Floor installed above the original, offering a two-tier vertical view 346 metres (1,136 feet) towards the ground below. New floor-to-ceiling “Window Walls” part of the observation level now offer some of the most unobstructed views for visitors.