Back in 2014, Costco launched a regional iPhone app for Canada, which essentially was a localized version of its U.S. counterpart, offering online shopping and mobile uploads to its Photo Centre.

But now the Canadian app has now departed from the App Store, to be replaced by the universal Costco mobile app. Existing users of the old app are now directed to download the latest version in the App Store. The message reads “after the update, there may be two Costco app icons on your device. Please uninstall the old app.”

You can delete the old iOS app by touching and holding the app icon, until it starts to ‘wiggle’, then tap the ‘x’. 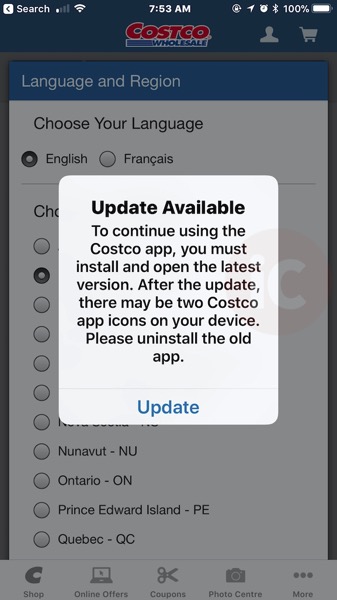