If you use Craigslist lots, you might want to download the following app. Lifelike, creator of the iPhone and iPad app Craigslist, has announced their app has surpassed 5 million downloads. To celebrate this occasion, developer Dotan Saguy has decided to make both paid apps free for the next 48 hours (regularly priced at $0.99).

Saguy tells us his app journey to success wasn’t an easy one. When his Craiglist app first hit the App Store in December 2010, a competitor left numerous negative reviews tarnishing his app’s reputation. He reached out to Apple developer support but didn’t get much support, so decided to email someone on Apple’s management team, who responded with a one-liner. Two days later, the negative reviews disappeared and from then downloads started to pile up, reaching his milestone this week. 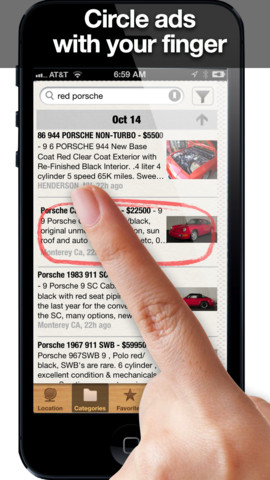 Click here to download Craigslist for iPhone and for iPad. Let us know what you think of this app.