CTV has launched a new iPhone app called CTV MYNEWS which allows users to become citizen journalists, by encouraging them to “See it, Shoot it, Send it” when breaking news happens. Users are required to register and create a profile, which will mean their clips may be used in regional and national news broadcasts.

The MYNEWS network now allows for larger file uploads and also include push alerts, a media map, geolocation and a leaderboard for submissions. 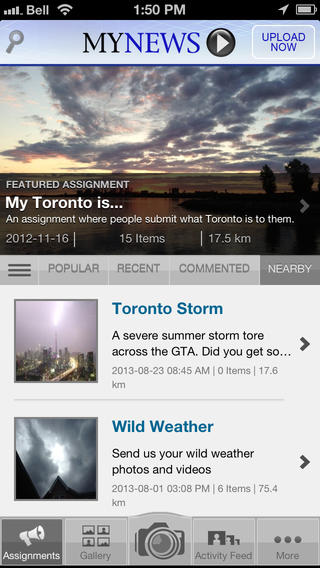 Wendy Freeman, President of CTV News said in a statement “As Canada’s #1 news organization, we are committed to enhancing the dialogue we have with our dedicated viewers across the country and across all platforms,” and continued to say “MYNEWS extends our ability to deliver breaking news using emerging technologies, and increases the engagement we have with our viewers.”