Day One is the best journaling app for iOS which allows you to create a diary of your life which can sync to iCloud and Dropbox.

The iPhone app today received an update to introduce a new feature the company is calling Publish by Day One, which allows users to share individual entries to the web in a neatly published webpage. 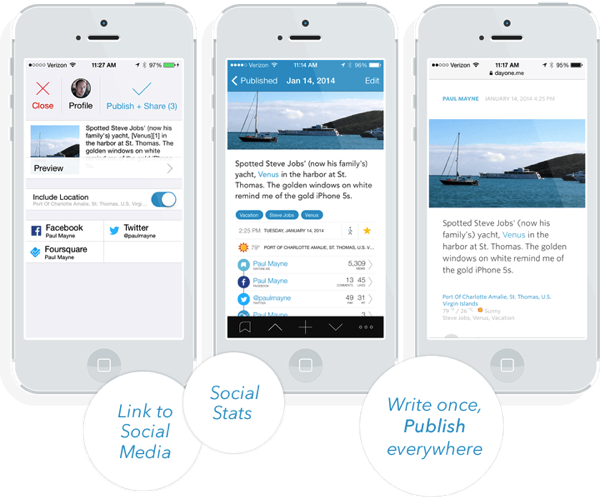 Below are the features: 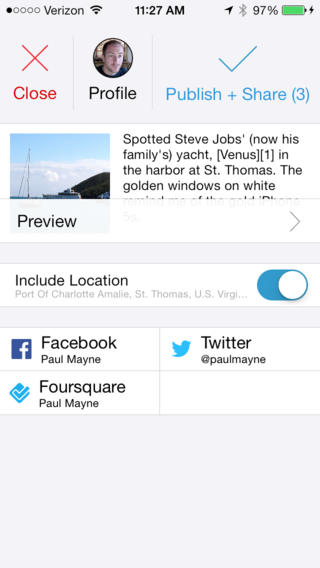 This is a great update which will allow you to save time as you can share your entries from Day One straight to your preferred social networks (or email, iMessage, etc).

We just tried this update and it’s an awesome new feature and each shared entry gets its own unique URL. An example page is this one created by Day One: https://dayone.me/b9z4r

Also included in this update are bug fixes and speed improvements.

Day One for iOS is $4.99 in the App Store and worth every penny.