If your financial institution is a credit union member, the Credit Union Central of Canada has officially announced the release of their ding free ATM locator iPhone app. The app allows users to find any credit union member ATM nationwide to ensure surcharge-free transaction.

Belonging to a national ATM network means you can bank ding free from sea to sea, with access to a national network of surcharge-free ATMs – a network bigger than most banks. Wherever you are, a quick tap of our app is all you need to find a ding free ATM near you.

FEATURES:
•Find the nearest credit union ATM based on your current location
•Find nearby ATM locations by listed address or map
•Get directions to any ATM listed
•See hours and services available at listed ATMs
Share the app through Facebook, Twitter or email

The app uses your location to find the nearest ATM and also provides directions, along with business hours and other social features to share information. The app provides access to 1,800 surcharge-free ATMs; for credit unions part of the ACCULINK and THE EXCHANGE ATM networks, that rises the total number to 2400 ATMs, larger than the networks of most banks: 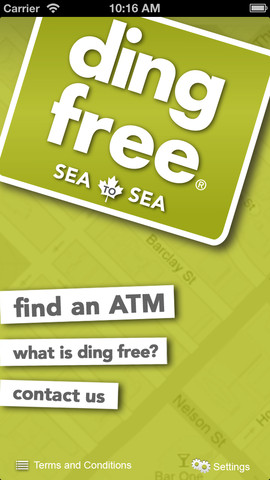 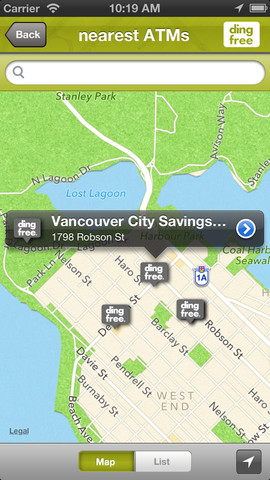 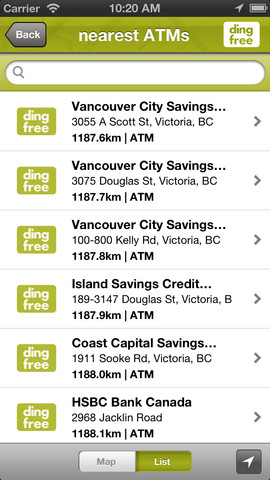 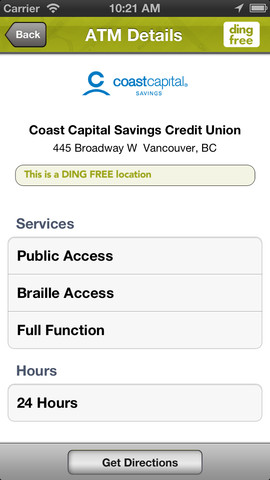