How to Download Chameleon Run for iPhone, iPad for Free (Worth $2.79)

The Apple Store iOS retail app has been updated to offer another free download, with the latest being Chameleon Run from Saskatchewan-based Noodlecake Studios.

Launch the Apple Store iOS app. Scroll down until you see the ‘Featured App’ section and tap on it. At the next screen, tap on ‘Download now for free’, which will take you to the App Store to redeem your free promo code. Voila—free game. 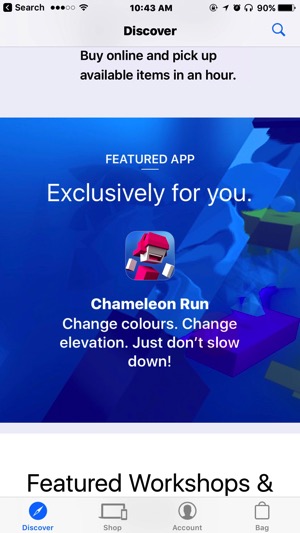 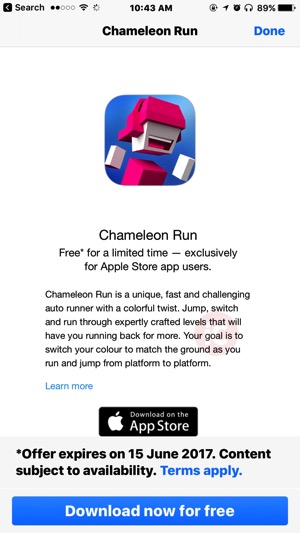 Back in February, Chameleon Run was featured as the free App of the Week by Apple, so if you missed it then, now’s your chance to get it. Last month, Apple profiled Saskatoon-based Noodlecake Studios as part of their ‘Canada’s best game makers’ series.

Let us know if you’re going to nab this game for free.