Telus a while back noted on their website the imminent launch of their My Account iPhone app, and a few days ago it entered the App Store. The much anticipated app allows customers to monitor their data, text or voice usage (such as modifying your favourite numbers) along with checking account balances and more. Here’s the full iTunes description:

Plus, you won’t be charged data fees when using it, even while traveling abroad.

We’ll continue to bring updates to the app including adding exciting new features. It’s all part of our commitment to making your TELUS experience better every day.

TELUS notes you won’t be charged data even when using the app traveling abroad. 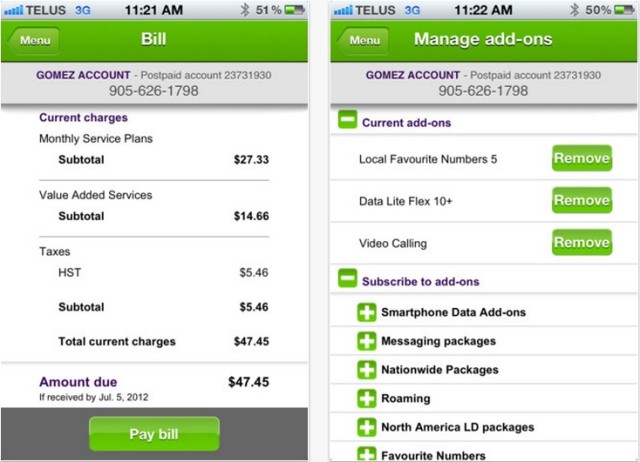 So far, early reviews of the app have been quite positive, probably as many have longed for this app considering Rogers (released in Nov of 2009) and Bell have had similar apps available for a while now.