Dropbox for iOS has been updated today to bring new features for iPad users and some other additions. 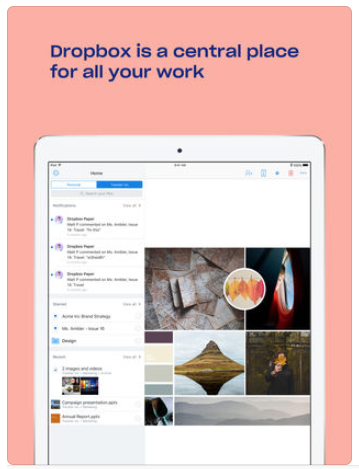 iPad users now have full-screen file navigation, so you can “finally see those super-long filenames as you browse on your tablet, by collapsing the preview pane.”

Also new for iPad users running iOS 11 is support for Drag and Drop, which lets users easily arrange files within Dropbox by dragging and dropping them around and to another application.

An update earlier this month introduced the ability to grant file access on mobile, which meant if someone requested access to a file, a push notification would be sent to your iOS device for permission.