Dropbox has released an update to their iOS app to introduce automatic photo and video uploads over 3G/WiFi. By choosing to uploading your photos automatically to Dropbox, you’ll be able to earn up to 3GB of extra storage in 500MB increments. Other new features include a gallery view for your photos, and the ability to delete sets of files at the same time. Also, uploads can now be any size. 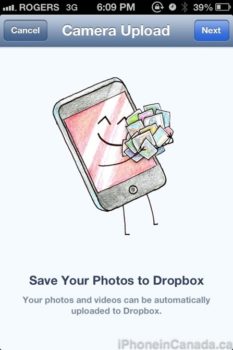 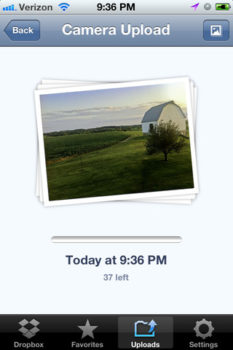 As you can see below, you will have to authorize Dropbox to access your photos. Photo uploads can be your entire photo library, or just new images as of the update. By default, uploading over 3G is OFF–so those with limited data plans don’t have to worry. 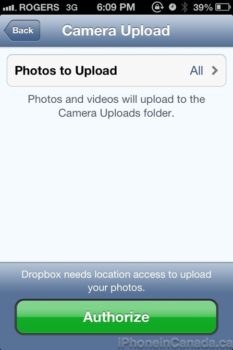 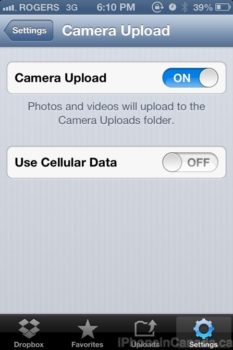