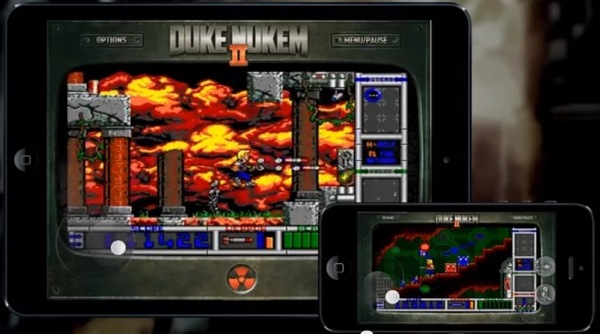 Duke Nukem 2 fans, get ready for April. Interceptor Entertainment and 3D Realms has announced the epic side-scrolling action game will launch on iOS in April to celebrate the 20th anniversary of the game. The game will be $1.99 and support the iPhone and iPad, include 32 levels from the original game, but with upgraded artwork and soundtrack. Duke Nukem 2 originally launched back in 1993 for Microsoft DOS by Apogee Software.

Check out the Duke Nukem 2 iOS trailer below:

Who’s excited for this? Definitely brings back some memories of playing one on one death matches via dial up modem.